Our leadership team recognizes the authority of God and realizes that we are shepherds who serve under the Chief Shepherd, Jesus Christ. We desire to devote ourselves to prayer and to the ministry of the Word. Our passion and goal is to equip the believers for the work of the ministry until we all attain maturity in the fullness of Christ. 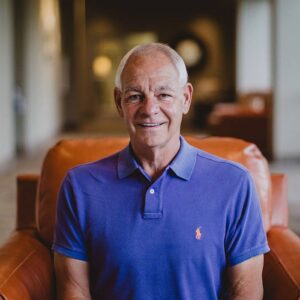 Dr. Jerry Pipes is the Sr. Pastor of First Baptist Church Winnfield and is the President of Jerry Pipes Productions. He loves people and communicating God’s Word. Jerry has traveled around the world speaking to millions of people in schools, businesses, civic organizations, churches, area-wide events and on military bases. He served as one of the speakers in the Bush ‘41 Administration’s President’s War on Drugs.

Jerry is the author of several books related to the issue of personal growth and the family. He has authored Becoming Complete, Family to Family, and Building a Successful Family. Additionally, he has produced numerous booklets and training resources with over 35 million copies in print.

Dr. Pipes completed his B.S. at Texas A&M University, his M.A. at Southwestern Seminary, and his D. Min. at Luther Rice Seminary. Jerry and his wife, Debra live in Winnfield, LA.

Stay current with the latest news from Winnfield First Baptist

Our mission is
"Helping Everyone Everywhere
Find and Follow Jesus"